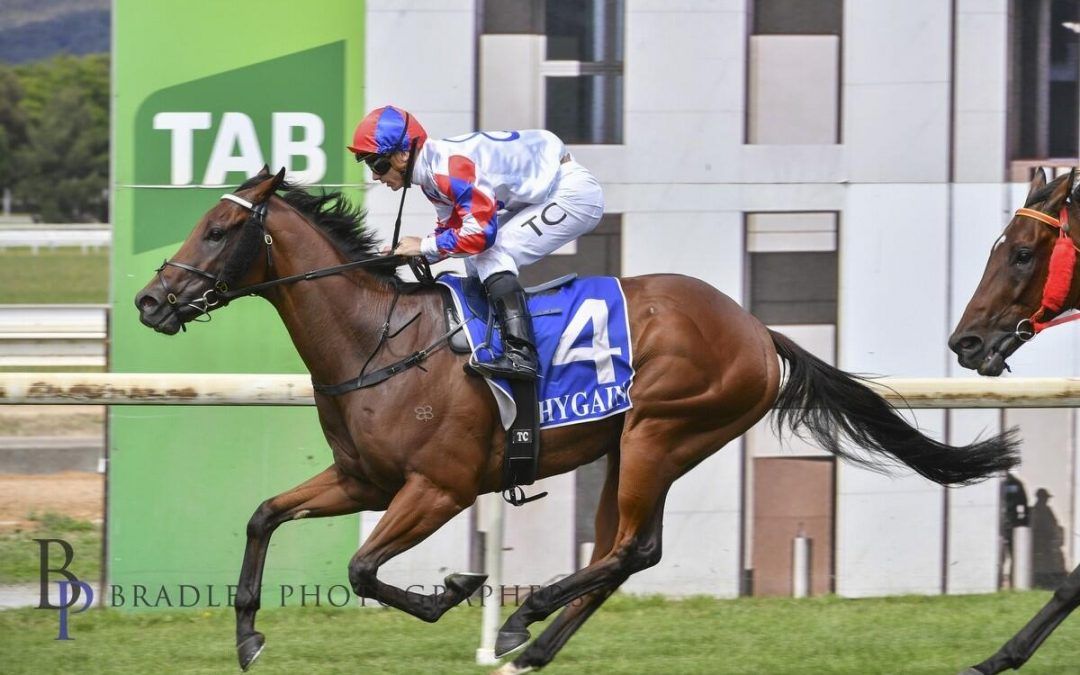 A new comer to the HPR stable Gusonic had his first start for Hazel Park Racing in the SDRA Qualifier 2022 at Wagga. Gusonic lead them up and was brave in defeat holding on to 3rd place.

A BM65 1400m at Canberra on Black Opal Day mapped out perfectly on paper, and was well in Donna’s sights straight after the qualifier.

Engaging the services of multiple Group 1 winning jockey Tim Clark was the winning move. It was a brilliant front running ride from one of the best in country. To get a win on such a prestigious day on the Canberra Racing calender was a thrilling victory for trainer Donna Scott. Scott said “I am extremely pleased with that win, there was plenty of merit in that, with the lose horse in the field causing him to over race early,  its not often you see the leader cart the field up to a riderless horse and still win”.

She mentioned that she will allow this gelding by Magnus plenty of time to over come that run, and he is likely to step out again in the 3 weeks time.