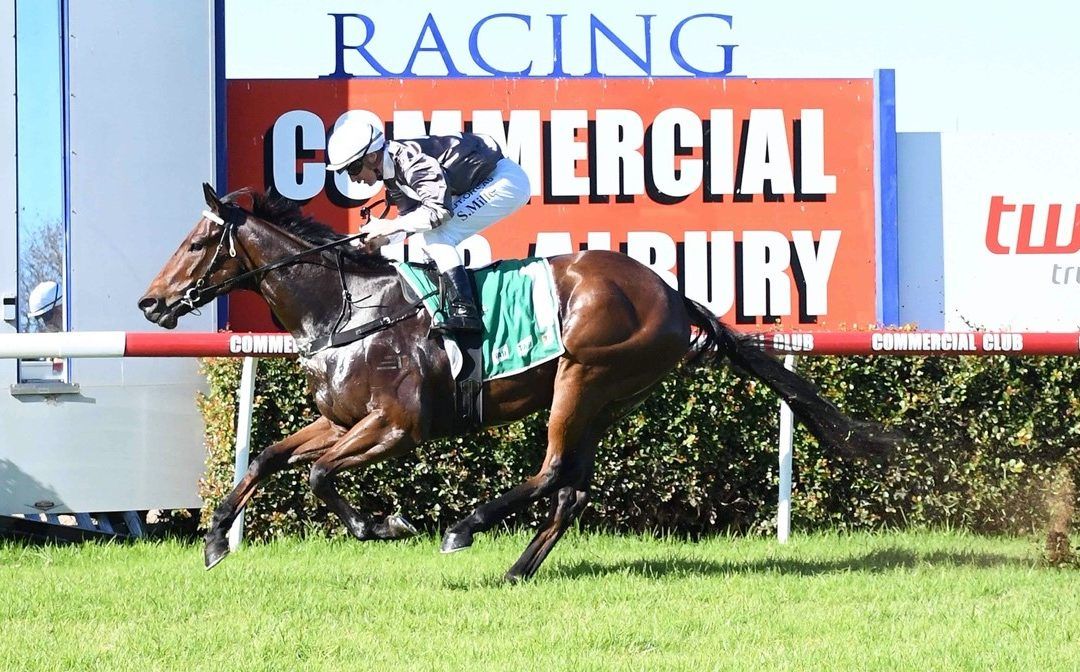 Exciting 3yo Capitalist gelding INCENTIVE broke his maiden at Albury on Monday.

Incentive was first up, having only his second official race start when he gapped his rivals and won by 5L with jockey Simon Miller on board. Scott said “I have a fair opinion of this horse, and by no means am surprised to see him win with such dominance”.

Donna mentioned that he has very similar characteristics to his brother and fellow stable resident La Sante. “Both of those horses are quiet quirky. My biggest battle with incentive has been getting him to settle in his work. He can be very hard going”.

No doubt this wont be the last we hear of Incentive.