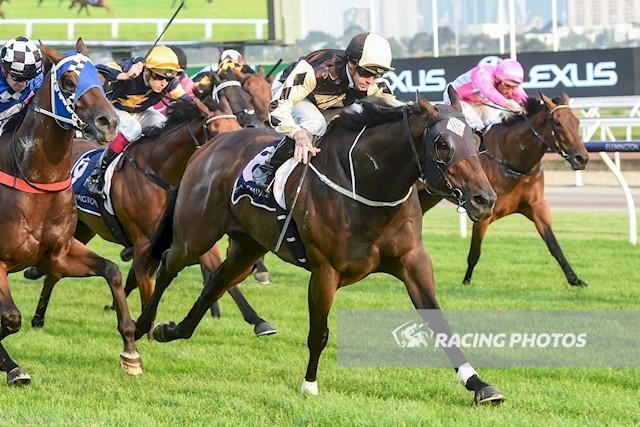 The Hazel Park team chalked up perhaps its biggest win yet. Lord Von Costa beat a stellar field at Flemington on Saturday and after a long lay off with injury he has confirmed he is back to his best.

After overcoming two tendon injuries, it was an absolute thrill for trainer Donna Scott who is also a part owner in this gelding alongside with Rhys Holleran, Leanne Hulm and Graham Hulm to get another win out of Lord Von Costa.

Partnered by son in-law Blaike McDougall, the win is one the family won’t be forgetting about anytime soon.

This win was well published and caught the eye of many. Donna Scott mentioned she will now be promoting Lord Von Costa for one of the richest race’s for country-trained horses ‘The Kosciuszko’. Carrying 1.3 million in prize money, this would be a dream for Scott to get Lord Von Costa a start in this race.