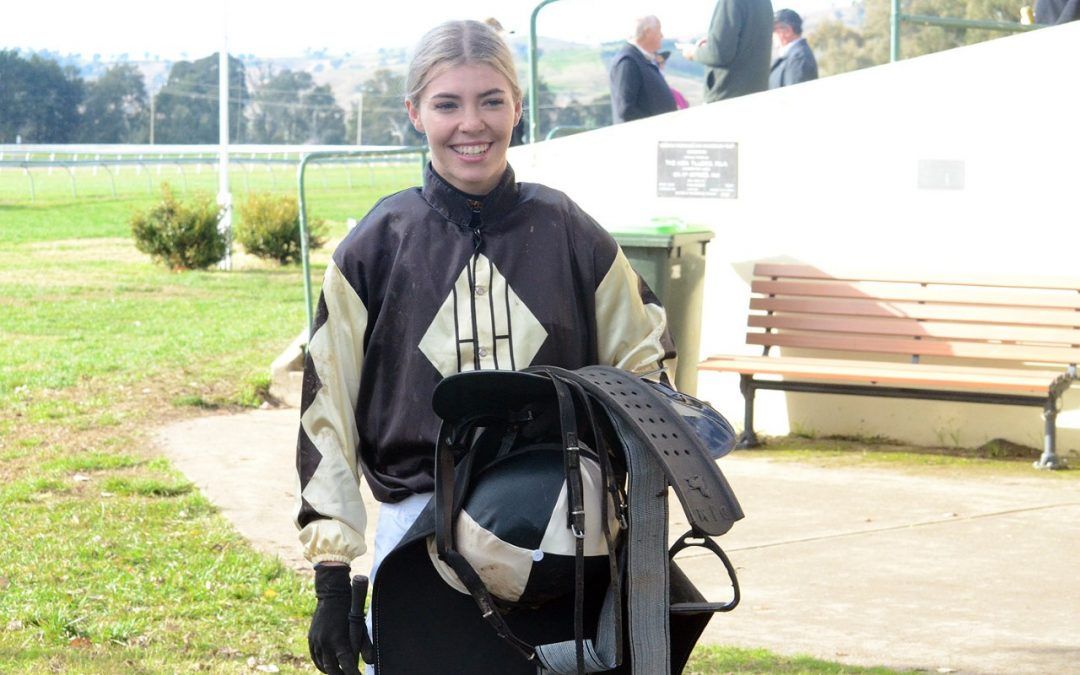 HPR stable apprentice Coriah Keatings notches up her first win since joining the riding ranks in the SDRA. Coriah having only 10 rides prior to her recent victory on Hit’Em Hard at Gundagai. Coriah was thrilled to get the monkey off back for her boss. She regualry rides Hit’Em Hard trackwork and felt as though she was the winner a long way from home.

Coriah was initially instructed to ride Hit’Em Hard positively but after stepping away slowly, she opted to ride him patiently. This proved to be the winning move, narrowly putting his nose in front winning by 0.2L.

Hit’Em Hard is a rising 5yo by Stryker out of resident broodmare La Cachette. 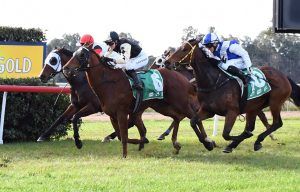